There is a certain point in late summer, in rural farming towns all across america, that the air itself starts smelling like ripe sweet corn! And everyone knows that the time is right to enjoy these little golden nuggets in as many meals as possible, before they are gone.

While I LOVE the minimalist approach to eating corn – barely cooked, rolled in butter, and sprinkled with salt, sometimes, during this time of year, you just want to fully commit and make it the whole meal! There are many great corn chowder recipes out there and mine is loosely based on a few I have tried – however, I add one simple step to take this really good soup to greatness!

The secret to making great soup is almost always in the broth and this recipe is no exception. I’ll show you how to make a simple corn stock out of the cooking liquid from the corn cobs. It is as easy as putting the cobs back in the cooking liquid after cutting off the kernels and letting them simmer while you prepare the rest of the recipe – no need to prepare the stock ahead. The other key to this soup’s deliciousness is in cooking all the veggies just enough to meld their flavors while preserving their summer freshness. The creamy, savory broth balances the sweet, juicy burst of fresh corn kernels in every bite. Yum! 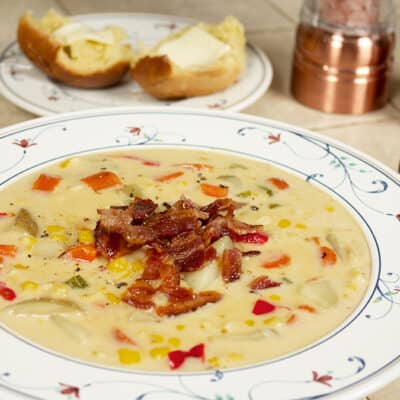 In the photos shown I am making a double recipe, which I tend to do with soups because they are even better after a couple days in the fridge.  I usually make something else for dinner the day after making the soup and then serve the soup again the following day so everyone is happy to have it again!
Keyword creamy, sweet corn, vegetable
Share15
Pin
Tweet
15 Shares
« Why Walking is the Best Exercise (yes really!)
5 Fresh and Simple Ways to Enjoy Apples in Almost Everything »

This site uses Akismet to reduce spam. Learn how your comment data is processed. 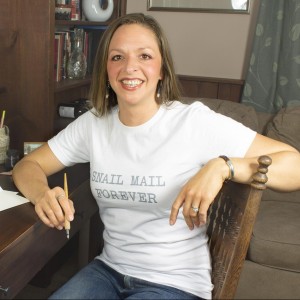 Co-Owner
I am a big believer in the simple, timeless truths that have guided us for centuries. I think we can use them now more than ever to navigate the ever increasing complexities of our modern lives. When we take a moment to remember that all good things take time and effort, that quality trumps quantity every time, and that form should always follow function, figuring out what adds to our lives and what doesn't becomes a little easier. With all the endless choices out there - from products to exercise programs to "life hacks" - my philosophy is simple: if it doesn't make your life easier and more efficient or bring you joy and fulfillment, you don't need it. I share here, thoughts, advice, product reviews, recipes and even the occasional book review with that philosophy in mind.